Looking For New Board Members

Are you interested in helping to shape and govern the future of your organization? APN is currently looking for members interested in joining the Board of Directors for the 2012 -2014 term.

- Must be a member in good standing of Alberta Playwrights’ Network

- Must have an interest in New Play Development

- Must have an interest in Alberta theatre community

- Should have some experience or familiarity with APN, its services and programs

- Previous non-profit experience would be considered an asset, but not necessary

The time commitment is minimal (3 – 5 hours monthly) which includes attendance at monthly board meetings conducted via conference call.

If you are interested in putting your name forth for nomination to the board, please contact Trevor Rueger (trevor@albertaplaywrights.com). Elections will take place at the Annual General Meeting on Sunday, February 26, 2012.

Volunteer your time and make a difference in your organization.

Email ThisBlogThis!Share to TwitterShare to FacebookShare to Pinterest
Labels: Board of Directors

How to Write a Good 10 Minute Play

I've been seeing a lot of competitions for 10 min plays lately, this especially seems to be popular in the United States.  So I came across this article from NYCPlaywrights (which is another great resource for playwrights by the way) on how to write a good 10 minute play. Perhaps you might find it useful...

Here are some highlights:

There isn't much different here from good playwriting in general, but I think the point is that when you've only got ten minutes, you gotta make 'em count. 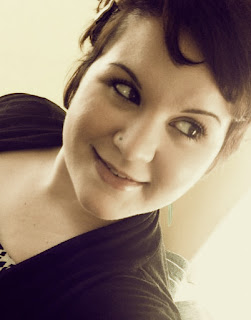 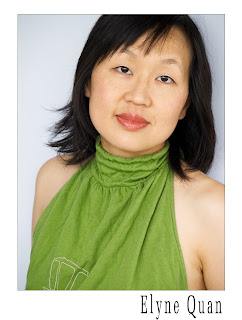 Elyne is a writer, actor and director. She holds a MFA in Dramatic Writing from New York University, a BA Honors degree in Drama from the University of Alberta and is also an alumna of the TV program at the Canadian Film Centre. Produced plays include the Sterling Award winning Lig & Bittle (with Jared Matsunaga-Turnbull), Stray, Look Both Ways, Souvenirs of Home, Trust, What, One Block Radius and a radio play, Direct Dial (CBC Radio). Upcoming projects include Retrospective, a new TYA play called The Dream Box and she is currently a member of the Citadel Theatre’s Playwrights Forum where she is working on a new play that doesn’t yet have a title. She was Artistic Associate at Workshop West Theatre in Edmonton where she led the Pitch-to-Play Playwrights’ Unit for the 2006/2007 season. Elyne currently lives in Toronto. She is a proud member, and current president, of the Playwrights Guild of Canada.

1) What is your writing process? Do you start writing right away? Outline? Research?
I usually start with an idea, an image or thought that I’ve jotted down in my notebook and then I go from there. Most of the time, I let the idea sit for a bit in the notebook before I get started with any real writing. It’s almost like the idea needs time to cure or rise (to use a cooking or baking analogy) before I open it up and dive in. Some ideas sit for a short period before I crack them open while others are still sitting, waiting for me to do something with them.

The notebook is key, though. I know some people jot their ideas on their computer but I really find that I don’t go back to look at the notes I make on my computer. They’re just abandoned, poor things. I routinely go through old notebooks and look at some of the ideas or images I’ve jotted down and consider them again. Sometimes they become incorporated into another work. Sometimes they become works in their own right. I really go by instinct and what I feel I’m ready for.

In terms of outlining, I’ll often have a general idea, usually no more than a page, that sets out what the play is for me. How it opens, what it feels like, where it might go. It’s not a typical outline in any sense with headings and steps and act breaks. It allows me room to explore and to really find the heart of a work. I do have to have in mind where I’m going though, where the end is, or else I can’t move forward. Sometimes it’s just the last image of the play but that’s enough. If it’s just blank, I have to stop until I can “see” the end. Whether it ends up being the end doesn’t matter, it’s more important that I have something in mind, a destination. I should say that if I’m writing for any other format: film, TV, interactive games, or essays, I write a formal, detailed outline. The nature, structure and format of those mediums almost demand detailed outlining.

I’m someone who loves research. When I was a child, I would take our family’s edition of the World Book Encyclopedia, choose a volume and just flip through, randomly reading anything at all. Or I would watch some program on TV and then want to research to find out more. Of course, now I can Google anything I’m curious about and that has its benefits and its downside. I can easily blow through an afternoon I’ve earmarked for writing by just continually going from link to link when I’m researching something. I’ll feel exhausted from being at my desk all day but have no real dialogue written to show for it. That’s a real “Alice falling through the rabbit hole” situation I now try to really avoid but it’s a constant struggle. My new motto regarding research is, “just enough to keep you going, not too much to make you stop,” otherwise I’ll never get anything done.

2) Where do you write?
I carry a notebook with me everywhere. I even bought a credit card sized notepad, with paper so thin you can almost see through it, just so I can have something to write on if I only have my wallet with me and not my bag and I get a moment of inspiration. I can write anywhere – libraries are very good for this and occasionally cafes if they’re not too noisy – but the bulk of my writing happens at home, in my home office.

A favourite recent writing location was a little cottage next to a little lake that I stayed at this summer. I brought my typewriter and spent time each day clacking away at the keys. It was very productive and I came back home wishing I could do that more often.

3) What do you need to have with you when you write?
This is an interesting question. Something to write on, I guess. It’s my laptop when I’m traveling/writing out in the world or my desktop when I’m at home. Sometimes I write longhand in a notebook. Sometimes I write on a typewriter. I’m pretty low maintenance.

I will say that I have become a snob about what notebooks I prefer to write in. Claire Fontaine notebooks have basically ruined me for any other paper products, though recently I have found a line of Japanese notebooks that are just as smooth and pleasing to write in. I found them at Stylus in Edmonton, one of the best stationery stores in the country and a hidden gem. I make sure to drop in every time I’m in town. If you love stationery products you must pay them a visit. The staff is so knowledgeable. It’s one of my favourite stores.

Hmm… maybe I’m not as low maintenance as I thought!

However, in the event of the zombie apocalypse or if I was imprisoned in a dungeon for whatever reason, I would just be happy to write with anything on hand.

4) What is the last great play you saw?, What made it great?
This is a really difficult question because it assumes that the “great play” had a “great production” and that doesn’t always happen (just ask Shakespeare). A recent “great” production was “Sleep No More” which I was lucky to catch in New York in the fall. It was amazing theatre and very inspiring yet it doesn’t qualify as an answer to this question because it wasn’t really a play. I really enjoyed “His Greatness” by Daniel MacIvor at Factory Theatre in the fall. The performances were all so strong and I was really moved so I definitely categorize it as a successful production of a good play.

Oh, I know what it would be… “The Normal Heart” by Larry Kramer in a Studio 180 production in Toronto at Buddies in Bad Times. I first read the play during in undergrad in the mid-90s and I thought it was a strong political play then but that it wore its political message and criticisms on its sleeve. With this production, and thanks to the passage of time, the play hit me in a new, more profound, way. I think it works differently than it did when it was first produced because we can see it, truly see the events and characters of the play, against a backdrop of context and history. The emotions, the situations, the struggles each of the characters go through and the transformation of their lives is so clear because we as a collective body of human beings watching the play have lived through this period of time and have come out the other side in one way or another. As an audience, because we know what the future holds for these characters, we can experience pathos and catharsis, a notable feat for a contemporary play. This play is relevant, thought-provoking, moving, political, demanding, well structured, theatrical, gives the audience space to laugh, cry, and feel anger and gives actors space to make the words come alive off the page. It has survived the test of time.

6) Who are your mentors?
There have been so many in so many different capacities, I couldn’t name them all. I really believe that many people were influential to me at different stages of my career and life, and I owe them a debt of gratitude. Since this is about playwriting, I’ll keep my list to major playwriting mentors. I’m bound to miss some though. Vern Thiessen has been a mentor for a very long time. He really came in at important moments of my career. Jane Heather was an instructor who then became a great friend and taught me so much about living with theatre. David Ives was a strong mentor when I was in New York and for awhile after I graduated. Colleen Murphy is a recent mentor who is just tremendous. Smart, open, tough as nails, caring… just superb. As for dramaturg/directors, DD Kugler has been a mainstay, Iris Turcott was the first to invite me to Toronto to work, Adrienne Thompson has been wonderful friend and champion, and Brian Dooley has been incredibly supportive.

7) Do you have writing rituals?
Like sacrificing a chicken before the dawn of writing a new play? No, I can’t say that I have any.

8) Best advice for when you hit a wall?
Breathe, relax in a quiet room with your eyes closed, focus on what you want to create, open your eyes and get back to it. Repeat as many times as necessary until the words start flowing again.

And tell that inner perfectionist to cool it. You can fix everything in the next draft. Just get the thing out.


10) If you were to write a play about your own life, what would the opening line be?
I did write a play about my own life! The first line was “(sigh) I’ve always wanted to be taller.”
Posted by Alberta Playwrights' Network at 11:21 0 comments